Every football match is controlled by football referees; they are the match decision makers. The game has three people one referee, and two assistants’ referees who are called lines men. During the past months, Rumphi referees have landed into match fixing blunders and making wrong decisions that have coasted other teams points in the ongoing Northern region Simama league.

After the coaching training, it was was discovered that none of these referees in the district has attended referee course. This is a great threat in the development of football as wrong decision cost teams points. There have been cases of match abandonments and violence. Some referees have been threatened and teams accusing each other of bribing the referees. It is with this background that Roscher Youth development organization has addressed the situation as an urgent matter by equipping the referees with knowledge on their job. 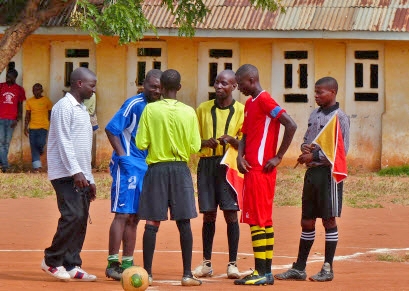