The Institute of Public Health, part of the University of Heidelberg, had a research project south of Blantyre about micro health insurance system. One of the interviewers was Linda. The young lady from Malawi was very ambitious. She already had secondary school qualifications and especially with the engagement of our member Gerald Leppert we got enough donations to offer her a stay in Germany as a new perspective. In the second half of 2013 she was in Heidelberg and got several German classes.

In between she was also at our usual booth at the dragon boat race hosted by the Wassersportclub (WSC) Heidelberg at the river Neckar in Heidelberg. 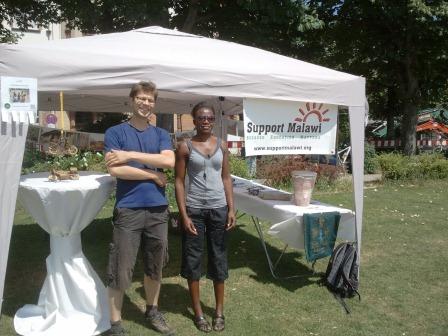